Empires were destroyed, millions perished, and the world was upended by a war meant to end all others. Making its West Coast debut at MOHAI through February 10, 2019, WW1 America tells the story of one of history’s most remarkable moments.

The WWI era—1914 to 1919—saw America transformed. It was a time of wrenching extremes that pulled Americans between the poles of fear and hope, between deepening cynicism and broadening optimism. Through original artifacts, images, voices, interactives and multimedia presentations, WW1 America tells the extraordinary stories of Americans—both legendary and unsung—during this turbulent time.

“WW1 America tells a huge story – with consequences that continue to ripple through our world and our community today,” says Leonard Garfield, MOHAI’s Executive Director. “America’s World War I experience, both at home and abroad, helps us understand the making of the nation we live in today. We are honored to host the exhibit for Seattle at such an important time.”

This powerful exhibit will coincide with the centennial of Armistice Day on November 11, 2018 the day the war ended and an especially important day of international observance in 2018 (known in the United States as Veterans Day).

Developed by the Minnesota History Center in partnership with the National Constitution Center, the National World War I Museum and Memorial, the Oakland Museum of California and the Bob Bullock Texas State History Museum, WW1 America illustrates how the past can help us understand our nation and our world today.

Stories From A Turbulent Nation

The outbreak of war in Europe in 1914 threw the United States, and the world, into a time of danger, uncertainty, and change. Over the span of four years nearly every aspect of life was transformed.

From the home front to the battlefield, Americans faced new dilemmas, unprecedented opportunities, and almost unimaginable challenges. WW1 America brings this dramatic era to life through the touching, powerful, heartbreaking, and inspiring experiences of people from all backgrounds and walks of life as they navigated this turbulent time. Here are some of their stories:

More than 400,000 African Americans served in the Army during the war, with half of that number eventually serving overseas. Among the first black Americans to serve in Europe, the Harlem Hellfighters operated under French command and were acclaimed for exceptional service at the front. Known unofficially as the “Harlem Hellfighters” or “Harlem Rattlers,” members of the 369th Infantry Regiment are seen here returning as heroes in 1919.

Alice O’Brien was born into a prominent family in St. Paul, MN, in 1891. As a young woman, she became enamored of cars, driving a “roadster” from California to Minnesota when she was just 19. In 1918, she volunteered to become a “motor repair worker” with American forces in France during the war. She worked for the American Red Cross driving a supply truck, serving in a canteen, and treating wounded soldiers as an auxiliary nurse. She was one of thousands of women to serve overseas during the war.

This Seattle worker is driving rivets in a steel-hulled ship, a new technology at the time. Like many local industries, the region’s shipyards grew quickly to meet wartime demand and transformed Seattle in the process. Tens of thousands of people moved to the region during the war to work in wartime industries, including more than 35,000 people in the shipyards alone.

When the US entered the war, there were 130,000 soldiers in the army—far short of the 4 million who would eventually be sent to Europe. To make up the difference, Congress instituted the first nationwide draft.

Young men were registered and assigned draft numbers. When their number was drawn from this bowl, it was time to report for duty. The bowl itself was purchased for $10 at a pet store near the central draft office in Washington D.C., and was later used again during the draft for World War II.

Shipyard workers are seen here leaving on strike at the Skinner and Eddy plant in Seattle, January 1919 to demand better wages. The shipyard strike soon expanded to industries across the city, becoming the first city-wide general strike in American history, with 65,000 laborers participating.

Seattle’s General Strike was part of a nationwide pattern as the abrupt end of wartime need brought long-simmering labor tensions to a head. In 1919, the United States saw 4,000 strikes, involving four million workers. About one in five workers were on strike at some point during the year, seeking better pay and working conditions in the post-war era.

The Great War touched thousands of lives throughout the Puget Sound region. MOHAI remembers the men and women of the armed services and nursing force who enlisted in Seattle and were lost during the war. Click below to view their names. 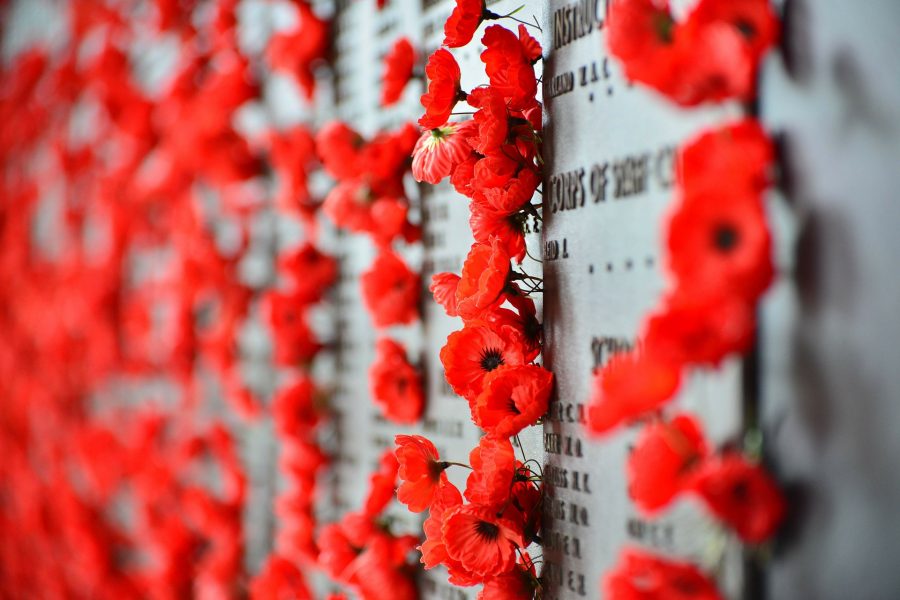 Many thanks to all the individuals who advised and participated in the development of the WW1 America exhibit.